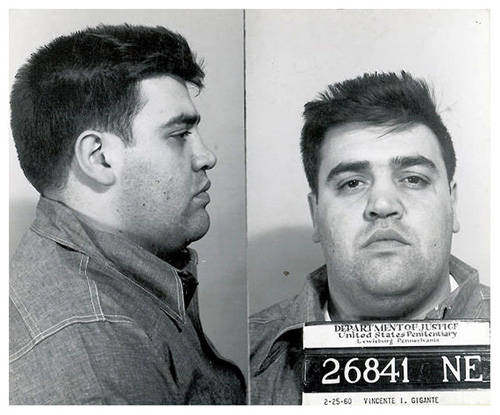 'Ey, im Connie. Connie Naples. How ya livin'? I 'on really care. Lets cut to the chase, ah? My story.

I was born in 1944, but that dun' really matter, right? You 'on give a shit how i was born.
I had a huge fuckin' family, there was my ol' man, Vittorio. Then there was my moms, Fabrizia, a lovely lady. I had three brothers, Giacomo, Vinnie and Gaetano, i had two sisters too. Lucrezia, we call her "Luce." She went off to marry some guy called Tony, i 'on really like him. The guy keeps bustin' my cock and acts like my friend, anyways. Lets go back to the story. Ontop of Luce there's Angela.

Angela's still in NYC. Though, she married some black guy called Sammy. I mean, the guy is okay but hes black. My pop still, to this day dont approve that marriage. Cant blame him tho', Angela ran off without sayin' a word, disappeared for two years, came back bam, she was married. My pop went mad, gave her a good beatin'. But thats another story, i aint tellin' Angela's story, am i? No, im tellin' mine. So yeah.

Me, i had a rough childhood, pop worked twelve hours a day to bring bread to the table, me, Vinnie and Giacomo used to hang out at Lafayette street all the time, doin' stupid shit to make a dime. Gaetano, he was the smarter kind. Nah, he wouldnt steal or pull jack moves to make a buck, he would go and get an educated, i mean the kids a fuckin' lawyer now, can you believe it? Neither can i.
Anyways, forget that pussy Gaetano, back to me, Giacomo (or Jackie like we used to call him) and Vinnie would always pull all kinds of schemes to make money, steal bikes, shoplift and rob other kids from the neighborhood. This one time, i was stealin' from this jewish guys store, Herschel or sum'. The ol' man came after me with a fuckin' broom, catched me and dragged me back home to my pop.

Dad gave me a good fuckin' beating for that, and he made me swear that id never steal again, i was like nine when this happened.

Of course, kids lie. And i was a kid. And i lied. So, lets just fast forward like four years, 'cause nothing really happened when i was nine or so.

Four years, i was thirteen. Yeah, started smokin' n' drinkin' at that age. Me and the brothers (except for that pussy Gaetano) would go and steal beer from this store in Mercer street, thats in SoHo. Great place, the owner at the time was a dick though.
We went in there, packed our school bags with beer and just made a ran for it, and this guy never caught us. Fat fuck.

*A light chuckle is heard in the background.*

So, you know. We werent really those kids who went to school, we all dropped out anyway. We would just go on with our lives and say fuck you to the system, y'know? Fuck you system, fuck you school, fuck you goverment, fuck you president, fuck this, fuck that, fuck everyone who didnt like what we did. A bunch of small rebels, heheh..

Oh, and when i was thirteen i got my first girlfriend, she was gorgeous. This American girl from SoHo, i actually met her at the store that we used to steal from, her name was Scarlett. We were a couple for like a year 'n' a half, she sucked my dick like a vacuum. He-heh..

Though, i dumped her later on, got tired of her shit.

Then, fast forward a few years, we were like sixteen or seventeen at the time when we started to steal cars, run dope for these Somalian niggers and y'know, i held a gun for the first time at that time too. Was a point thirty eight snub-nosed revolver, good, compact. Great gun.

But the damage it did, it'll never change. Still affects me. Oh, what do i mean you ask? Ill tell ya.

So, me and the boys were robbin' this store, the same store. The jew guy, Herschel. He was old as fuck, about to retire. His son Pekarsky would run it for him, we went in with masks and i pointed the gun at the cashier, the guys started to take everythin', they went wild. Food, candy, beer, money, even the fuckin' radio from the store that would always play this annoyin' fucking commercial and some old hits from like the twenties. So, Jackie says:

"'Ey, watch this guy imma check the back if theres somethin' worth takin'."

And i went: "No, you fuckin' shmuck. Get back 'ere, the pigs are gonna show any minute now."

Of course the stupid idiot was already in the backroom, and like less than a minute later i hear sirens. I almost shat myself, so i-- What the fuck? I was a kid, stop lookin' at me like that. Whats funny? Okay, aight. Lets stick to the story huh? Stop makin' those funny faces ya fuck.

So i turn around, to face the window and saw two cop cars outside, in the meantime the cashier dug out a baseball bat, i hear Vinnie yell:

So i turn around, pointed the revolver at the cashier and take the shot, the guy ducked just before i pulled the trigger and the shot..

The shot hit Jackie, right in the heart.
It shocked me, the cops heard the shot and immediatly called for backup, my tears started to roll in the middle of the robbery, i walked pass the cashier, the guy was scared as shit, still on the floor begging for us to just leave and he wont testify or anythin'. I didnt respond, i just walked pass him in shock, Vinnie was jus' staring.

I had to leave the place, there was no other opportunity, i kneeled by my dead brother and said my apologizes, prayed and made a run for it. I left through the back, and disappeared.

Vinnie got busted, hes in jail for the murder. He didnt snitch me out, but to this day he wont even look at me, and i 'on blame him. I visited Vinnie once in jail, and he just walked away from me.

Everytime i pull a trigger, it reminds me of my brother. Giacomo dying was really a hard thing for my pop, and especially mom.
Mom blamed herself for it, for not knowing to grow his son better, the thing really fucked me up. I mean, i was a kid. And i just had killed my fuckin' brother.

To this day, that thing fuckin' haunts me. To this fuckin' day. But lifes tough, i cant undo that, now can i?

No, i fuckin' cant. And i know its fuckin' awful.

We can reminisc about my brother later, lets just.. Lets just go on with the story, okay? I 'on wanna talk about this anymore.
Hol' up, i gotta smoke a cigarette.

*A lighter sparking up is heard in the background.*

Uhh.. So, lets just skip to me being a grown man. Like, twenny or so.
When i was twenty years old, i was workin' for a crew. The guy who ran it, his name was Greg Scarpa. Or as the guys would call him, "The Grim Reaper.
" A total fuckin' nutjob, i mean. The guy would clip anyone who got in front of him and complained.

You wanna know a fun fact? He carries like five larges pocket money all the time, just incase he gotta pay bribes or buy shit.

He always dressed sharply, i admired that. But otherwise, the guy was nuts.
The crew made alot of cash, i made a big break in there, learned alot and made big bucks.

Eventually, i got busted for assault 'n' battery, and posession of a firearm. I had a fourty five ACP Colt, i was 'sposed to collect money from this guy who loaned like five larges, and was two months late on his payments, shit went to south and i had to give the guy a lesson, some lady called the cops and i got busted on my way home, she called 'cuz she was me pull out the Colt, i used it to scare the guy.

I had ten larges on me that i took from 'em, a gun and fuckin' bloodied coat. I didnt even say shit to the cop, and neither did he.
He just ripped me out of the car, read my rights and tossed me in the back of his car, so i got interrogated, turns out the cops were onto the crew the whole fuckin' time, but they got me only for that collecting thing.

The feds gave me a deal, one year in jail and a fresh start when i had served the time. Im not proud of what i did, but i accepted. And after my sentence, and after almost getting killed two times in the can, they delivered what they promised. A fresh start in the city of Angels.

Where i am now, so i skipped town like they told, and started fresh in LA.
The Grim Reapers still lookin' for me, my heads more worth than what U.S. Owes money.

So, now im here, i got a business. Naples Cab Services, im doing okay, i guess. Just gotta live in a place filled with niggers, ive been robbed like twice here. Fuckin' immigrants.

No i know, my father was a immigrant too, but not a fuckin' dirty nigger or a spic.

Lets just stop for now, okay? Ill tell you another story in ten years. If "The Grim Reaper" hasnt got me. 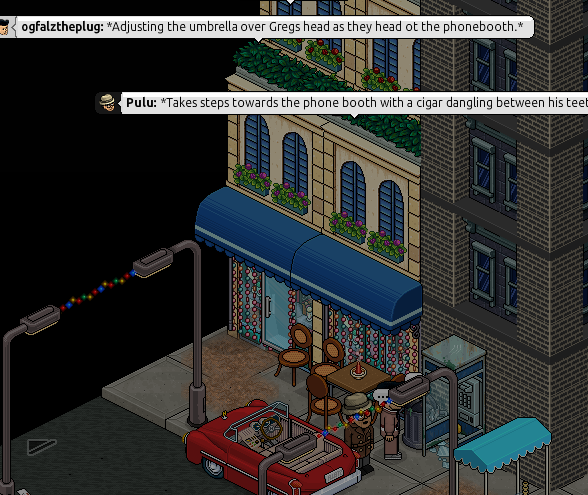